‘The Royal Parks’ are an essential government-funded organisation that manages the conservation of the eight major parks in London as well as other smaller areas of garden and parkland. 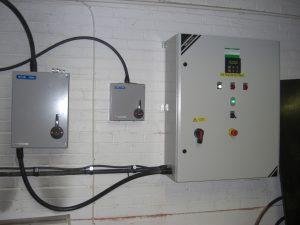 Including Bushy Park, The Green Park, Greenwich Park, Hyde Park, Kensington Gardens, The Regent’s Park (and Primrose Hill), Richmond Park and St James’s Park, The Royal Parks are responsible for over 1,976 hectares of land. This executive agency of the Department for Culture, Media and Sport runs programmes of activities and events to encourage outdoor recreation and public access to these areas, thus regenerating awareness of environmental issues and the importance of outdoor spaces in the capital. It also allows third parties to run such activities within the grounds to further these objectives, but commercial activity is tightly controlled. 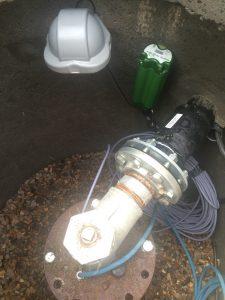 Datalogger and antenna in well-head chamber

The agency has carried out a number of water supply projects using groundwater to feed water features, refill lakes and for general irrigation within the historic parks.

When WJ first became involved with this agency, our service included a complete package of drilling, testing and equipping of a 150m deep chalk well which provides continual replenishment of the water required for the Diana Memorial Fountain in Hyde Park.

The huge success of this project has led to an excellent relationship with The Royal Parks and much repeat business over the years. Other contracts for this client include the testing and equipping of another deep chalk well with a 32 l/s capacity pump used to top up the famous Serpentine Lake, the 40-acre recreational swimming venue in Hyde Park. WJ also drilled and tested a new borehole in Greenwich Park which provided water for the irrigation of landscapes and nurseries.

WJ’s expertise was also instrumental in the execution of a large-scale combined pumping test on three abstraction wells in Hyde Park and Kensington Gardens (needed in order to support a future application for an EA abstraction licence). As part of their programme of water management, The Royal Parks also engaged WJ to install and commission a network of water level monitoring data loggers, allowing continuous data to be accessed remotely for each well.

An agency that sits at the very centre of London’s environmental well-being, WJ is more than proud of its long-running partnership with The Royal Parks.