High Speed 2 (HS2) is a new proposed high-speed rail link connecting London and Birmingham, before being extended up to Leeds and Manchester, via Crewe. As part of these works over 330 miles of track will be laid, accompanied with 21 new or refurbished stations along the length. One of the key new termini that is to be constructed in London is at Old Oak Common. 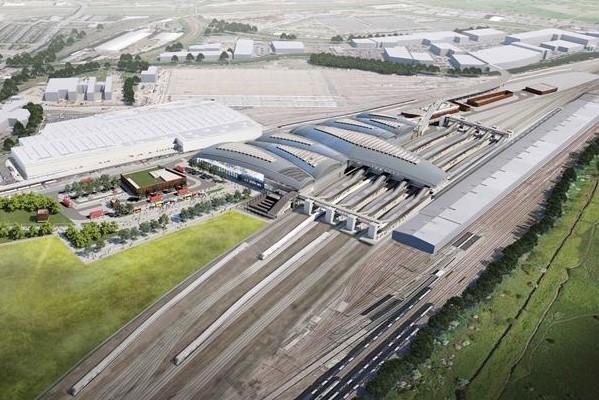 One of the key projects in the early years of WJ was HS1, also known as the Channel Tunnel Rail Link, connecting London with mainland Europe. It therefore seemed only logical that WJ would be involved with the HS2 project.

Although, as of 2019, the main construction works for the project, not due to be completed for another decade, are not fully underway, a number of the proposed sites across the network are a hive of activity!

WJ’s first major contribution to the HS2 project took us to Old Oak Common in west London where one of the main new stations is to be constructed, however on this occasion we were not providing our dewatering services, but providing our drilling expertise to provide a water supply for the site as an alternative to a connection to the main water network. Such water supply boreholes can be a practical alternative to a formal mains connection or the provision of tankered water during the early stages of a project. 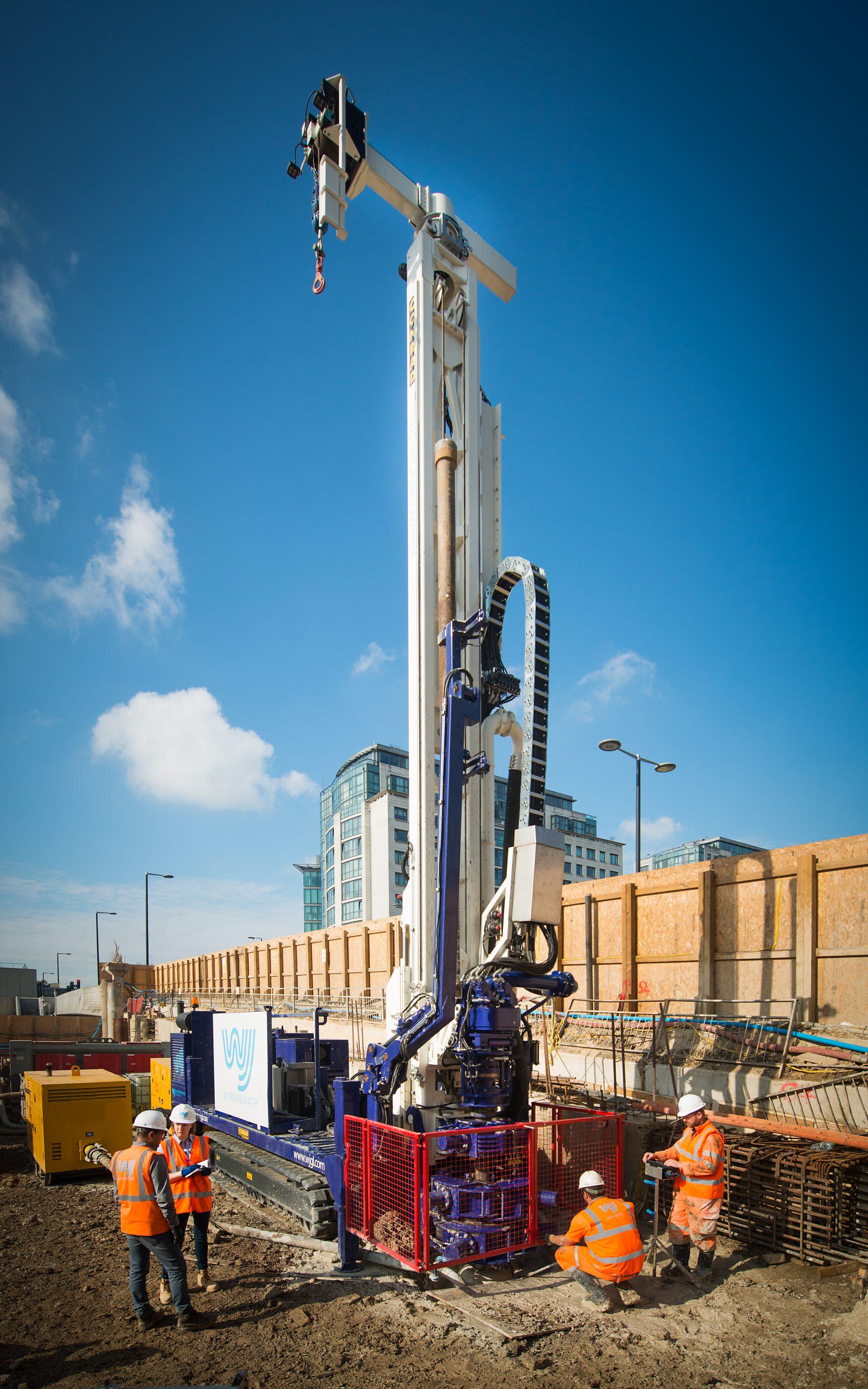 WJ were engaged by the main contractor on the site at the time, BAM Ritchies to construct a new 150m deep borehole, toeing in to the competent Upper Chalk, which would be used as a water supply for the site, a job perfectly suited to WJ’s Conrad drilling rig, due to the proposed depth and diameter of the well. The well would be constructed in four main sections: a 450mm diameter phase through the made ground and drift deposits into the London Clay constructed with a mild steel liner; a 450mm  diameter phase through the London Clay and Tertiary deposits to the top of the Chalk, constructed by mud flush with direct circulation; this was then extended into the chalk at 300mm diameter before permanent steel casing was grouted in to place; with a final open holed section in the chalk extending to the depth of the borehole.

Upon completion of drilling the borehole was developed by airlift techniques and acidisation to clear the borehole of fine material. This development was followed by a pumping test to confirm the potential groundwater flows from the water supply well. This pumping test consisted of a 1 day yield test; a 1 day step test (comprising 5no 100 minute steps); a 12 hour constant rate test; a 1 day step recharge test (comprising 5no 15 minute steps); and a 2 hour constant rate test, with water pumped from the well during the test being stored in WJ’s own portable water storage pillow before being returned to the well during the recharge test.

Upon completion of the test a report was produced by WJ outlining the results of the test to be provided to the client alongside the handover of the new water supply well!