This contract took WJ to Renfrew, in the suburbs of Glasgow, not far from our Scottish Office in the Scottish capital, to help contribute to an award winning project.

An existing foul sewer in Renfrew, Glasgow had been damaged by differential ground settlement in early 2013 and it soon became clear that to rectify the situation would be a complex process. The site is located at the end of a residential cul-de-sac, and adjacent to the local Secondary School, and it was clearly susceptible to settlement. Whilst the main aim of the project was to rectify the damaged sewer it was also of paramount importance to ensure that no further settlement was induced that may damage the neighbouring properties. 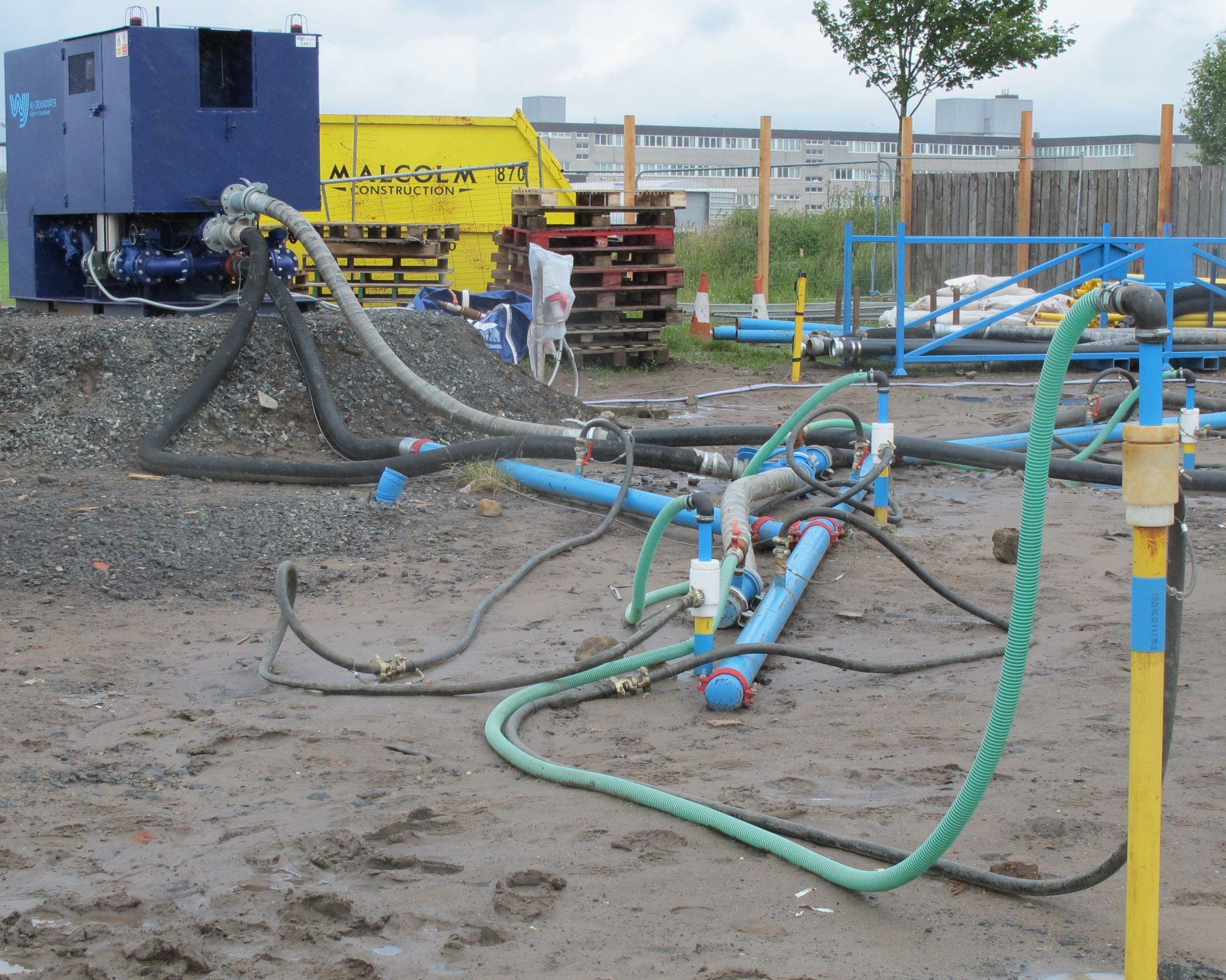 WJ were appointed by COWI UK (formally Donaldson Associates), in conjunction with Morrison Utilities, in 2015, acting on behalf of the main client Scottish Water to install a dewatering system to aid the construction of a new 20m diameter shaft. The main purpose of the dewatering system was to actually induce settlement within the silty sands underlying the site, but in a controlled manner. Although not unheard of, this was a technique that is rarely used in the UK and demonstrates WJ’s innovative approach to the project.

Due to the low permeability nature of the soils underlying the site an ejector dewatering system was chosen, comprising 10no ejector wells to 17m depth, and 2no ejector wells to 12m depth. The system was supplemented by 2no groundwater monitoring wells to approximately 17m depth. Ground and structural monitoring was undertaken by the main contractor throughout the duration of the project to ensure the settlement was induced in a controlled manner within the strict limits outlined by the main client.

Due to the complex nature of the project and the successful outcome, the main contractor COWI UK were formally recognised for their works and were awarded ‘UK Project with a Geotechnical Value up to £1.0m by

Ground Engineering magazine in July 2017 – for information on please visit our blog.