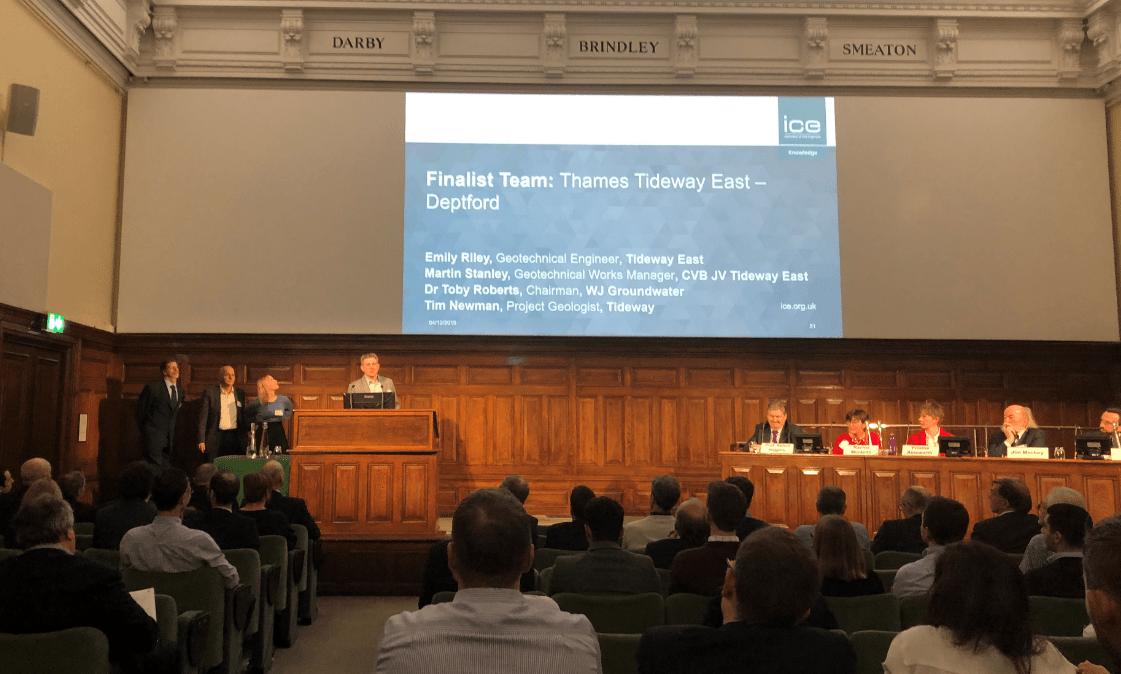 In the evening of 4th December 2019, masses donned the Institution of Civil Engineers in London to find out who would be crowned the 2019 Fleming Award winner.

Our Executive Chairman, Dr Toby Roberts (PhD CEng CGeol FREng FICE FGS) was a guest at the awards, where our work on Thames Tideway East – Deptford was recognised as one of three finalists.

What is the Fleming Award?

The annual event is held to commemorate the life and work of Dr Ken Fleming, who was chief engineer at Cementation Skanska Foundation. These awards recognise excellence in the practical application of geotechnics, whether a full project, or part of a project for BGA members.

Since the Fleming Award began in 2000, WJ Groundwater has been nominated as a finalist on 4 occasions, winning twice (2004, Moorhouse Draught Relief Shaft for Crossrail, London and 2006, Govan Dewatering Scheme). Dr Toby Roberts, Executive Chairman for WJ was invited as a keynote speaker in 2017, to captivate the audience on “groundwater control for excavations in Cork, Ireland”.

Which project were we nominated for?

The project itself came about from a routine chalk pumping test in 2017. Groundwater flow volumes were measured at a higher than usual rate, which prompted an investigation. It became apparent these high rates were caused by a single, steeply inclined, significant water bearing fissure within the shaft.

Unfortunately, this time around we weren’t the winners, but congratulations to the Bank Underground Station upgrade project team who picked up the award after a lengthy discussion.