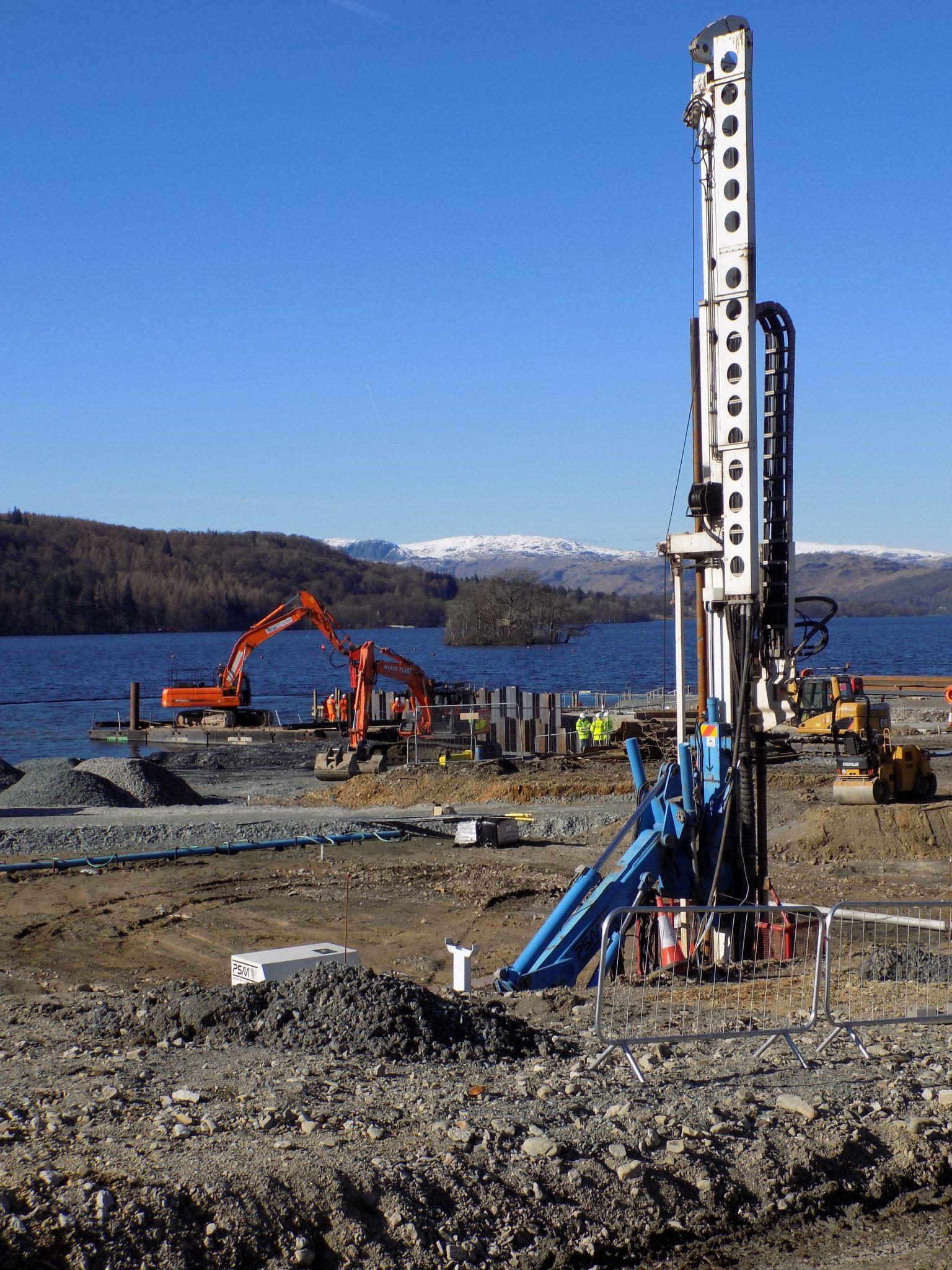 WJ Groundwater ventures into the far north of England for an exciting project at Windermere Steamboat Museum in the Lake District. 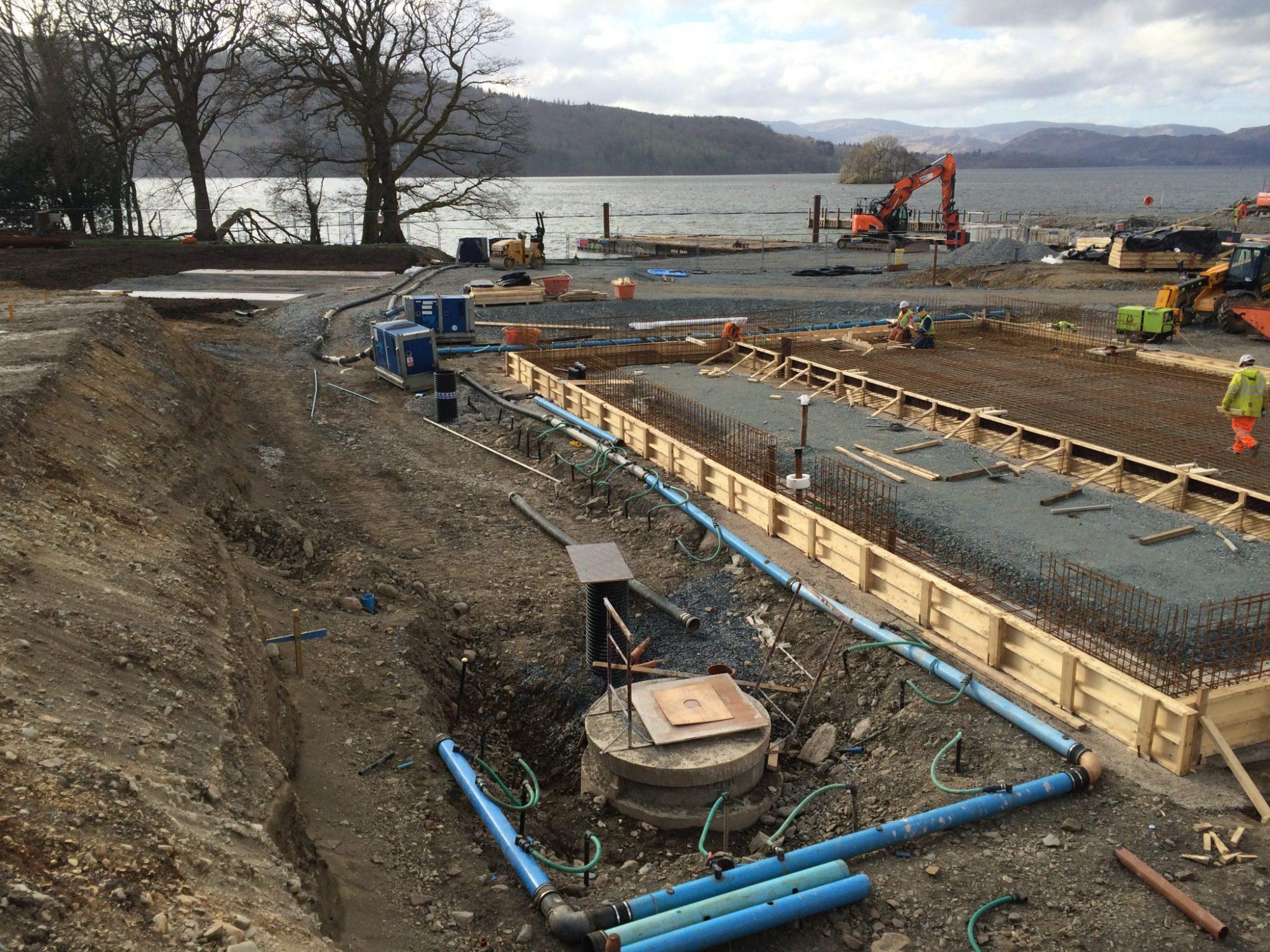 The main project is the redevelopment of Windermere Jetty and the museum that is a popular tourist attraction on the banks of the picturesque Lake Windermere. The focus of the rebuild is to create a series of new buildings to house the museum’s collection of vessels, to provide a new visitor centre and further on site facilities.

WJ Groundwater was commissioned by contractor Thomas Armstrong Construction Ltd in early March 2016. The site is situated on the banks of a lake and underlain by highly permeable sands and gravels with a high groundwater table. Phase 1 of the works included dewatering for the pumping chamber and the main building pad foundations. 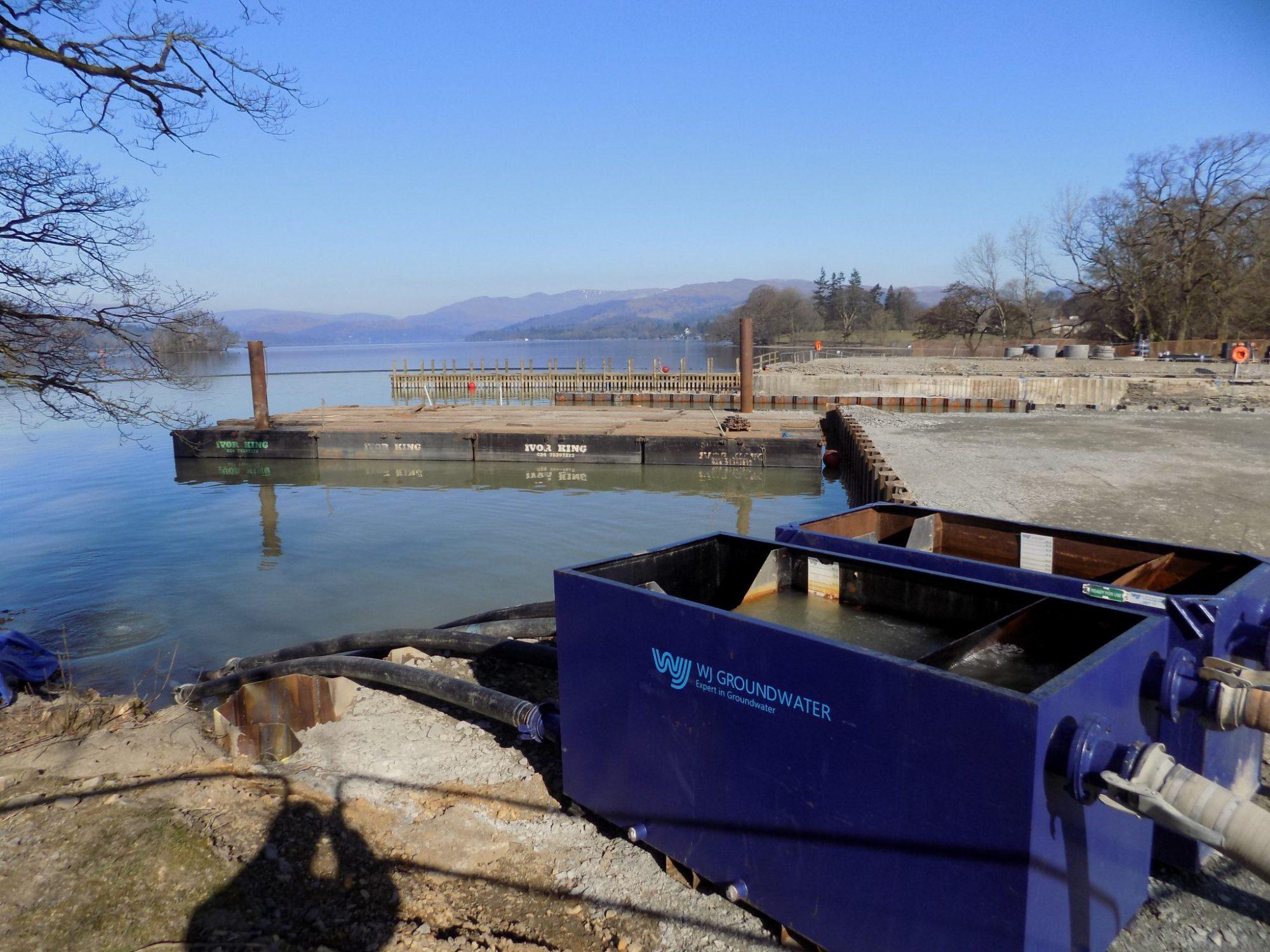 “The deepest part of the excavation during Phase 1 was for the pumping chamber wellpoints were drilled in at a depth of 9 m. The remaining ones were drilled at a standard depth of 6 m,” said Michael Cummiskey, WJ Groundwater Engineer.

During the project, the WJ Groundwater team encountered challenging conditions, with some difficult drilling through boulders and cobbles. As the pumping commenced, very high flows were encountered. In order to ensure that drawdown was achieved, the spacing between further installations was decreased. Phase 2 of the works which incorporates construction of the foul drain pipework commenced in mid-May 2016.

WJ Groundwater is particularly proud to work at such a historically important location.