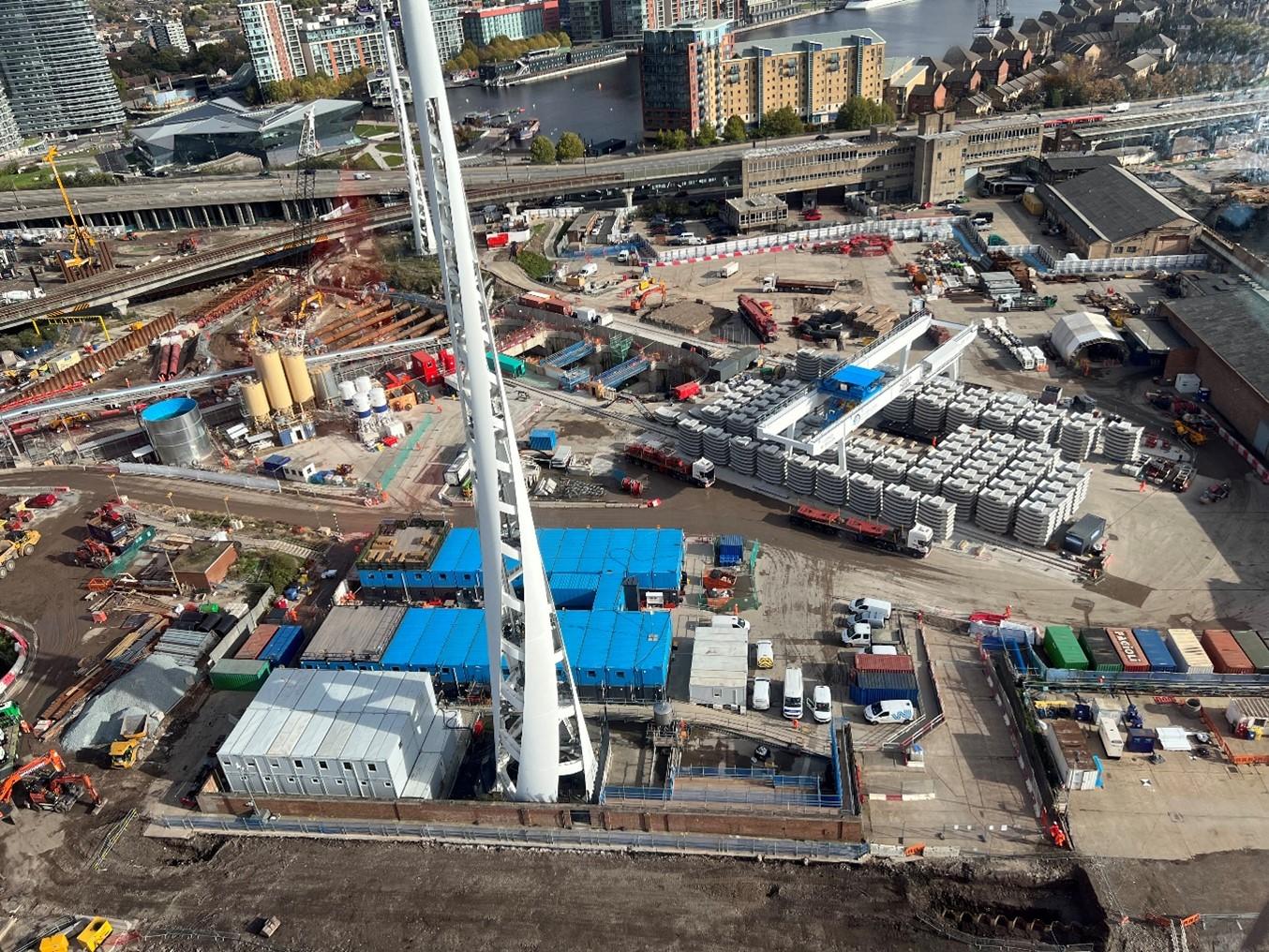 The Silvertown Tunnel is a new twin bore road tunnel beneath the river Thames to connect the Greenwich peninsula to Silvertown in London’s docklands. The tunnels are being constructed by TBM and at 11.9 m diameter, the largest ever used in the UK.

WJ, with extensive site experience having undertaken pumping tests at the site as well as previous dewatering in the docklands area, and with an unrivalled track record of dewatering for tunnelling projects beneath the Thames going back to the early 1990s, secured the contract for the dewatering of the north portal, consisting of a 500 m long cut and cover TBM launch chamber and approach ramp, from the contractor Riverlinx (a joint venture between Bam Nuttall, Ferrovial and SK Ecoplant) and commenced work in April 2021.

Despite the complex ground conditions, exacerbated by obstructions from over 150 years of previous use on the site, WJ successfully installed over 50 No wells and piezometers to target separate geological layers and obtained the drawdown to allow the launch of the TBM in September. An independent dewatering system was installed for a TBM inspection chamber and, due to the quality of WJ’s drilling, performed much better than the site investigation had indicated was possible, and will save the contractor considerable time and costs during the construction of a Cross Passage at the same location.

WJ won the separate competitive tender for the dewatering of the south portal and TBM rotation chamber at Greenwich and have subsequently installed numerous additional groundwater instrumentation boreholes for monitoring of the structure.

The job was complicated by the project being divided into distinct worksites, separated by open, public roads and WJ had to work in close collaboration with Riverlinx’s design team to determine the final scope and layout for the Greenwich scheme as the propping scheme was developed.

With the tunnelling now well underway and expected to take about 12 months during which time WJ will be diligently maintaining the dewatering with personnel on both sides of the river to ensure the reliable operation.